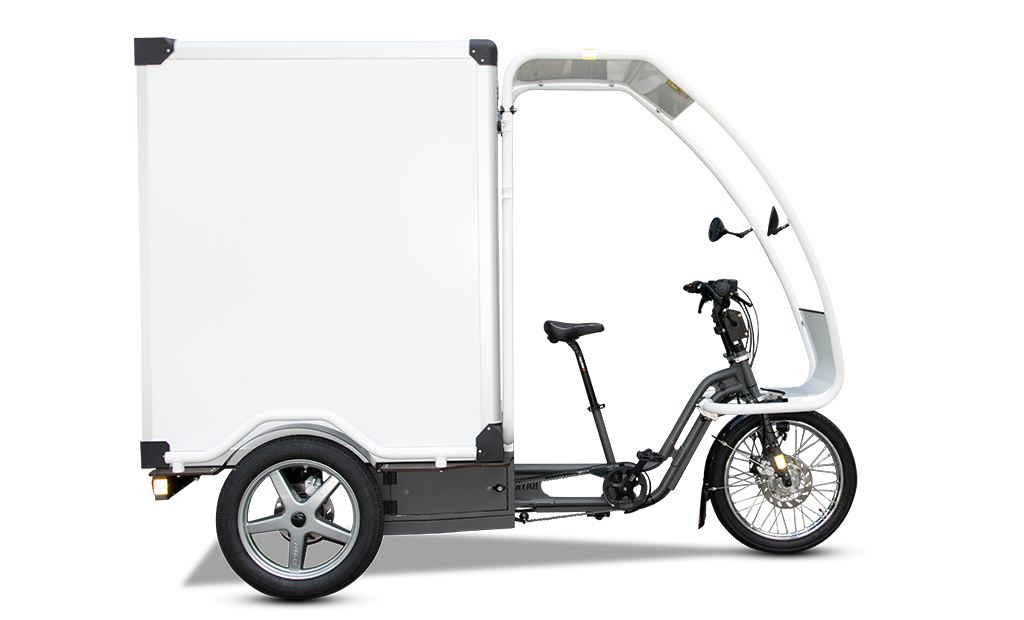 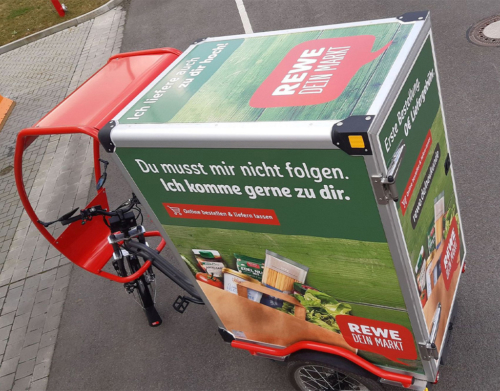 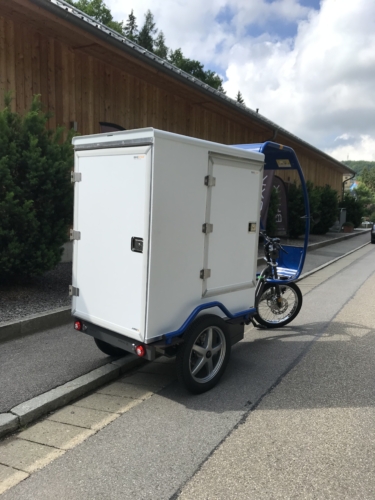 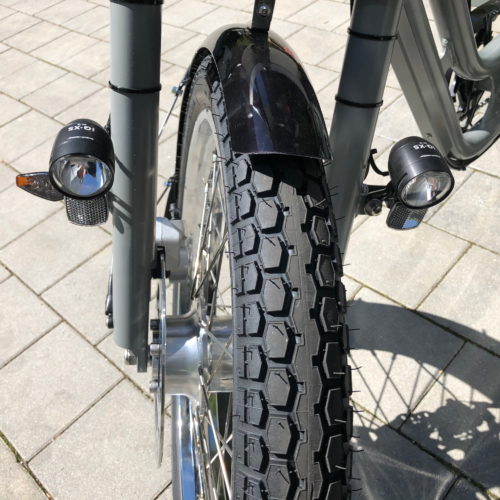 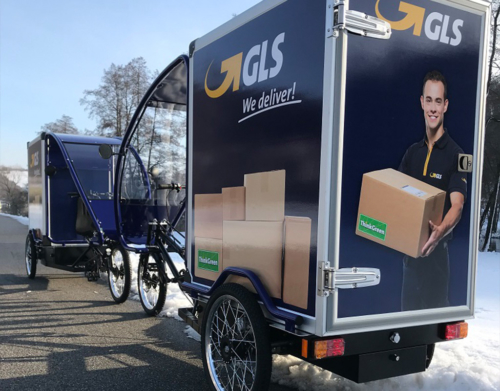 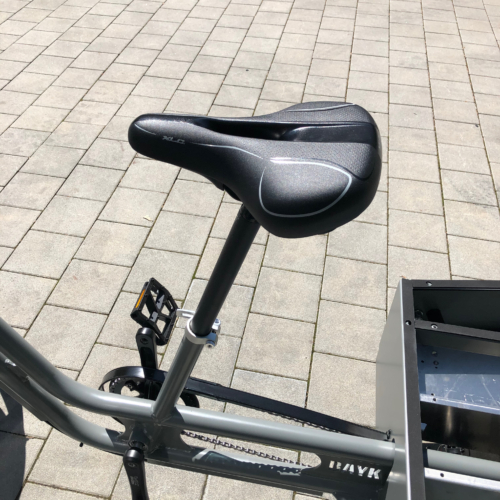 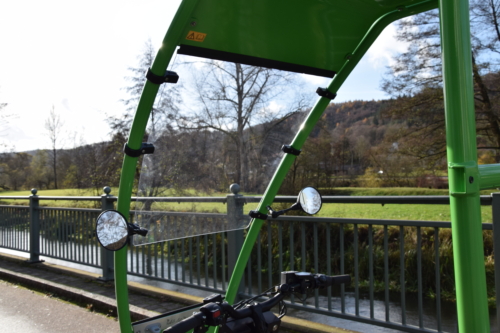 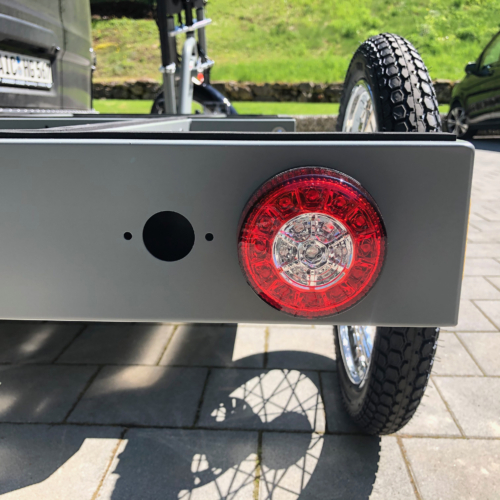 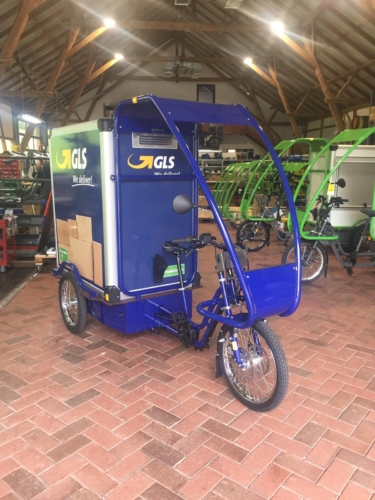 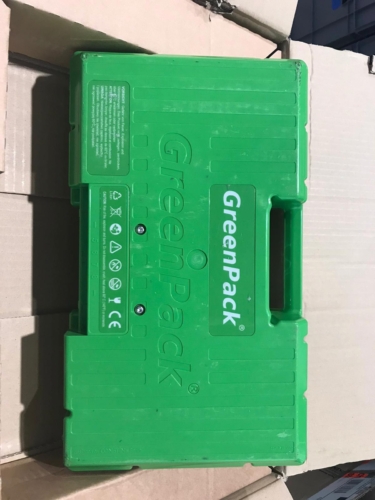 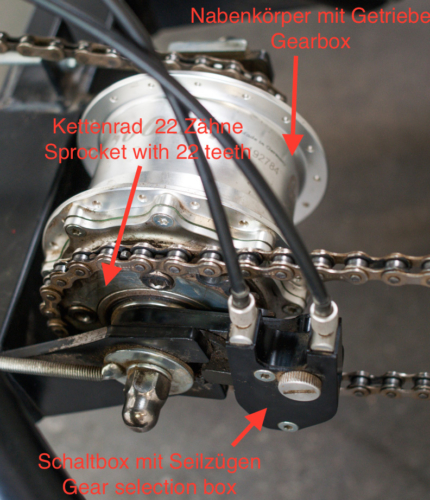 USB-Plug 5V in the cockpit 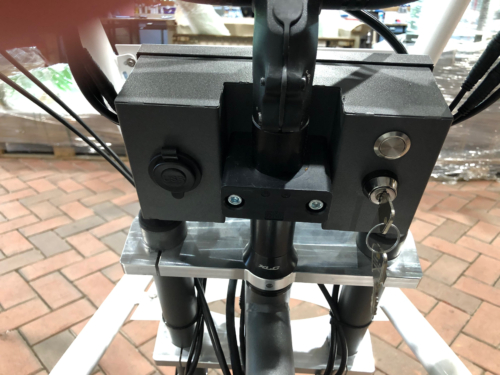 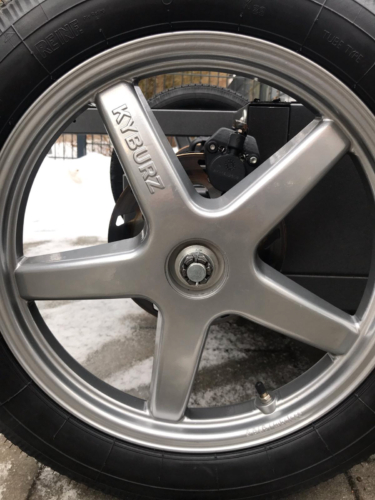 The BRING has real power. The E-cargobike made by BAYK AG with its high driving force, its extremely resilient construction and its excellent manoeuvrability. As a pedelec can also drive wherever bicycles are allowed to drive, e.g. on bike paths, through pedestrian zones and parks, but also contrary to the direction of one-way streets, which are also released for cyclists. The driver does not need a driver’s license and the vehicle does not require an insurance license plate.

When being used commercially, the BRING also strikes with a strong external effect: It can be individually colored and thus becomes an unmissable eye-catcher. The CARGOBOX container provides all around a large outer area to place your advertising message into the world.

We are currently collecting the opinions of our international customers. Please have some patience.

Under the German Small Series Directive, investments in electric heavy-duty bicycles and heavy-duty trailers with electric power assistance are eligible for support for bicycle-bound freight transport.

For further information and assistance on how to apply, please visit the website of the Federal Office of Economics and Export Control, BAFA for short: bit.ly/foerderung_schwerlast 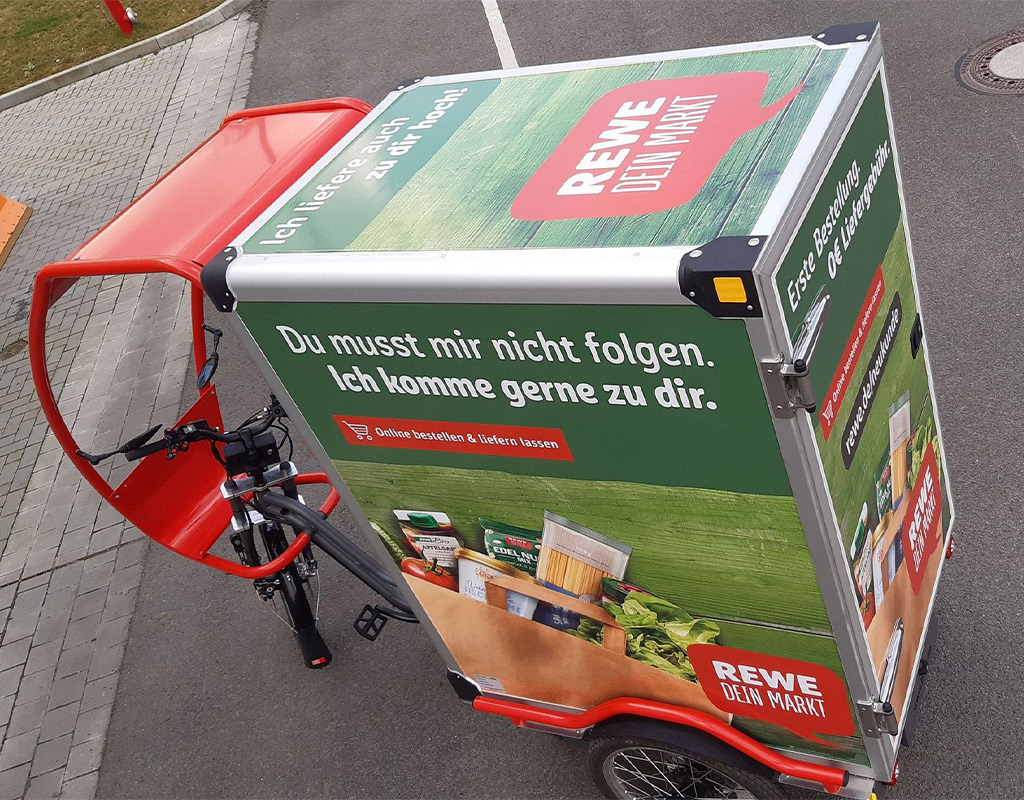 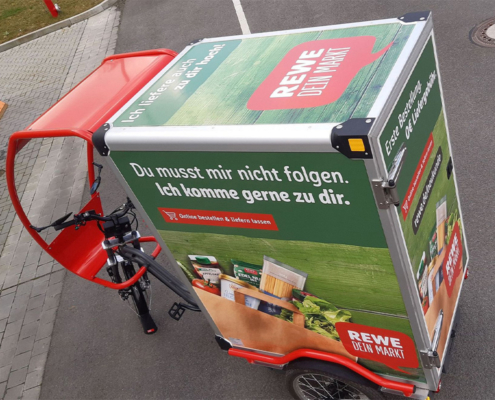 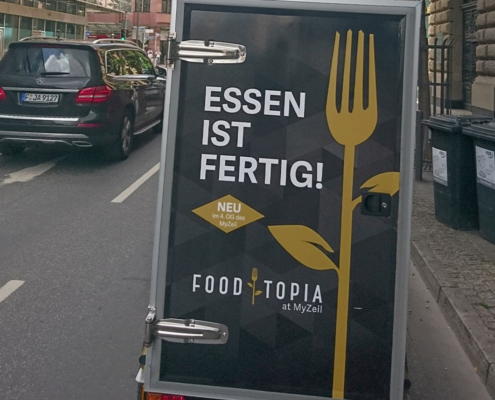 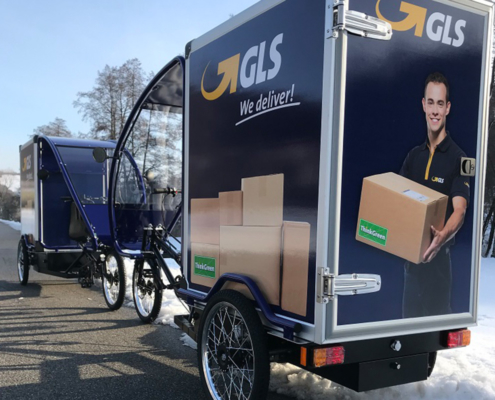 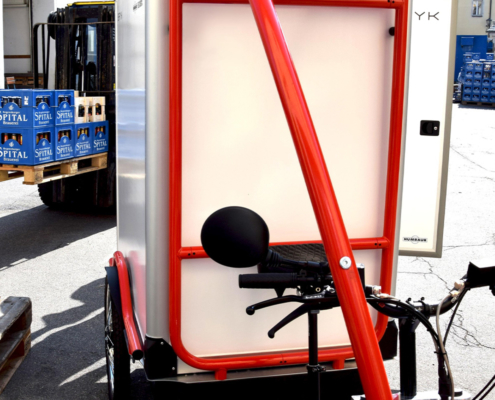 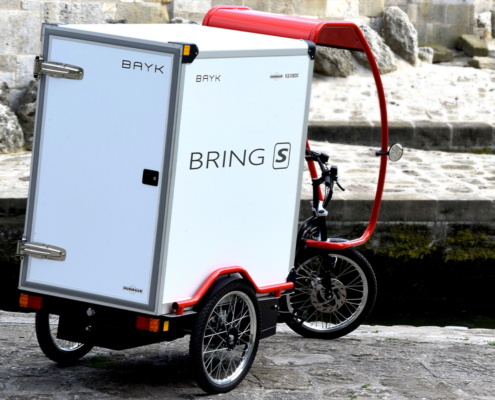 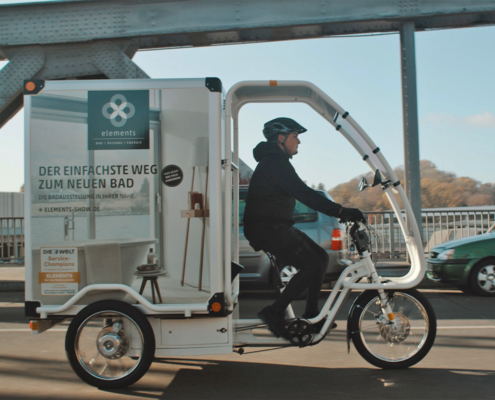 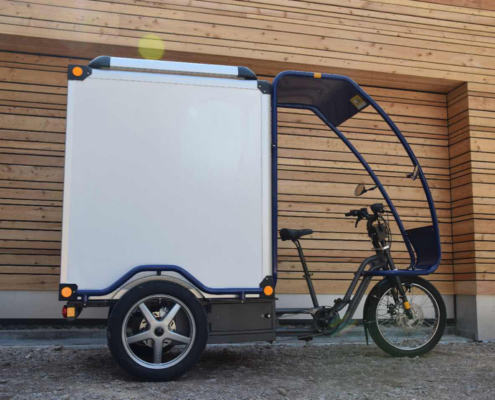 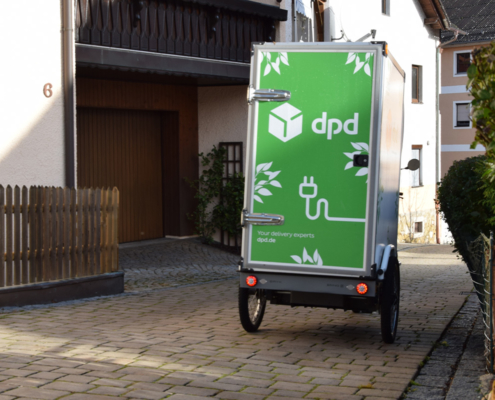 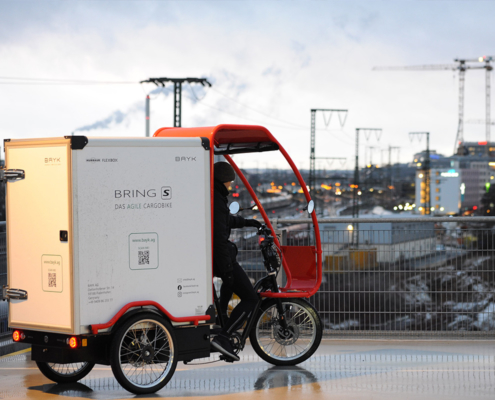 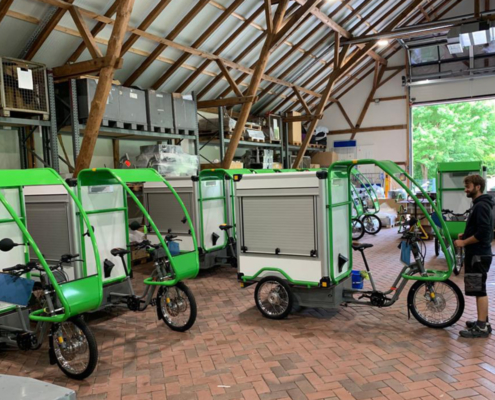 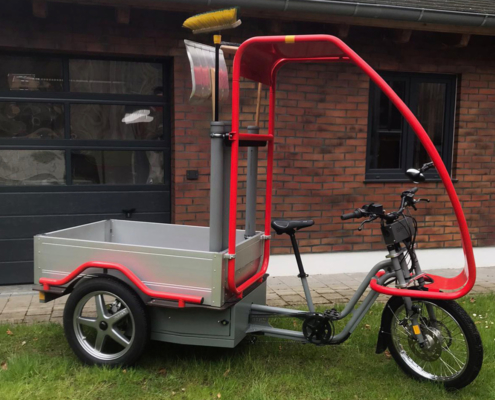 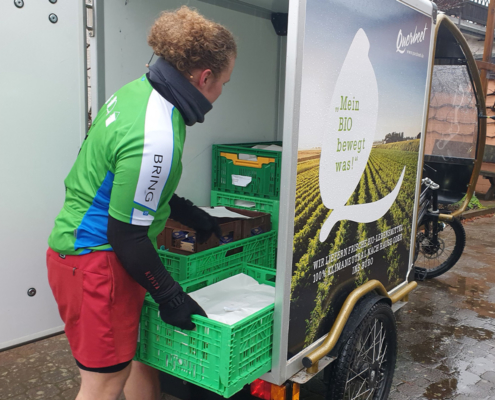 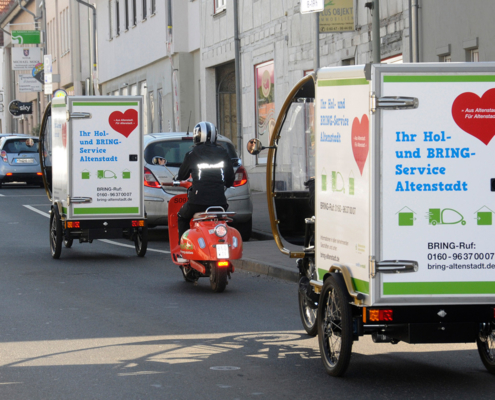 * Range depends on the use of pedal support, level of the engine-support, the amount of the load, geographical aspects (gradient and condition of the route, wind, outdoor temperature), condition of the battery and tire pressure
** maximum additional load depends on battery set, CARGOBOX / loading area construction, driver’s weight